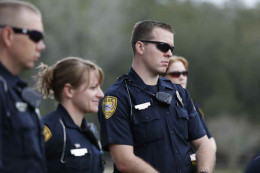 The VALOR blog features lessons learned, promising practices, and techniques for making behavior changes based on personal stories of law enforcement experts from across the country.  These posts are designed to help you in all aspects of your day-to-day mission to stay safe and thrive as you serve your community.  In this blog, Lieutenant Brandon Post emphasizes the importance of setting goals for professional and personal development.

Goal Setting—Why Is It Important

To put it simply, it is a human need to strive and improve.  The act of setting goals isn’t just about ourselves.  In his book Extreme Ownership, Jocko Willink summed up how our individual improvement influences our team or department:

“Leaders should never be satisfied.  They must always strive to improve, and they must build that mind-set into the team.  They must face the facts through a realistic, brutally honest assessment of themselves and their team’s performance.  Identifying weaknesses, good leaders seek to strengthen them and come up with a plan to overcome challenges.  The best teams anywhere .  .  .  are constantly looking to improve, add capability, and push the standards higher.  It starts with the individual and spreads to each of the team members until this becomes the culture, the new standard.”  (Willink, 2015).

We don’t need stripes or bars to be leaders in our respective departments.  Some of the most impactful leaders I have seen are line officers who recognized this principle and led when needed, followed when appropriate, and made themselves invaluable to their department.  These officers identified their niche in law enforcement and became the go-to person for their expertise in this area.  Establishing a niche, however, requires time and effort.  As a new operator on a multijurisdictional SWAT team 16 years ago, I learned that I was never going to be the smartest, fastest, or strongest operator, but I could be the hardest worker.  In my quest to meet this goal, I have found myself repeating Will Smith’s quote many times:

Policing is our craft.  Imagine how much we could learn and improve in any area if we spent one hour each day mastering that craft.  In one year, those 365 hours could make you the go-to person in your department on whatever your niche is.

I have failed at many goals over the years, but I have learned that is part of the process.  These failures taught me that radical lifestyle changes are often unsustainable.  We cannot do too much too fast.  The most valuable part of the goal-setting process for me is that I am encouraged to determine what is most important.  Now, my personal process is to make a list at the beginning of each year noting the five things that mean the most to me.  Family, career, and fitness typically make the list, and my goals focus on doing the most important tasks in those areas.  The value here is that I now habitually spend my time in the areas that matter most to me.

One epiphany I experienced during this process is that every time I say yes to something that is not in my top five, I am essentially saying no to something that is top five.  In both my private and professional lives, I have found that “stop-doing lists” are just as important as to-do lists.

The planning stage is where the successful goal-reachers separate themselves from the rest of the pack.  General statements such as “lose weight” and “get in better shape” are not viable.  They are hopes, and as everyone in law enforcement knows, hope is not a plan.  To make sure your goals are clear and reachable, they should be SMART (Doran, 1981):

As the SWAT team commander, I have been told by many officers that they want to try out for the team but are worried about their physical conditioning.  I make a point of asking those officers what they specifically plan to do about their concern.  Those who reply with “work out more” rarely even make it to tryouts.  Officers who succeed typically ask questions about testing and what they should do to prepare.  Armed with information, they make a specific plan and make themselves accountable to someone.

Before a fight years ago, a reporter asked Mike Tyson about his opponent’s strategy.  Tyson cleverly replied, “Everyone has a plan until they get punched in the mouth.”  No matter how well-developed your plan or schedule is, adversity will arrive.  As with so many things in this career, it is not the adversity that defines us, but our response to it.  I like to remember that even while failing, I am developing discipline to follow the process.  No one can shortchange this process.  As another famous fighter, Bruce Lee, said, “Long-term consistency trumps short-term intensity.” Consistency wins.

The encouraging fact is that everyone, no matter who we are, has 8,760 hours to work with each year.  Don’t let those 8,760 hours go by as a wasted opportunity.  Challenge yourself!  Whether your priority is to improve your physical or mental wellness, focus on a personal relationship, or gain knowledge on a specific topic, don’t pass up this opportunity to set a SMART goal and develop a plan to accomplish it.


The views and opinions expressed in this blog are those of the authors. They do not reflect the views or opinions of the U.S. Department of Justice. 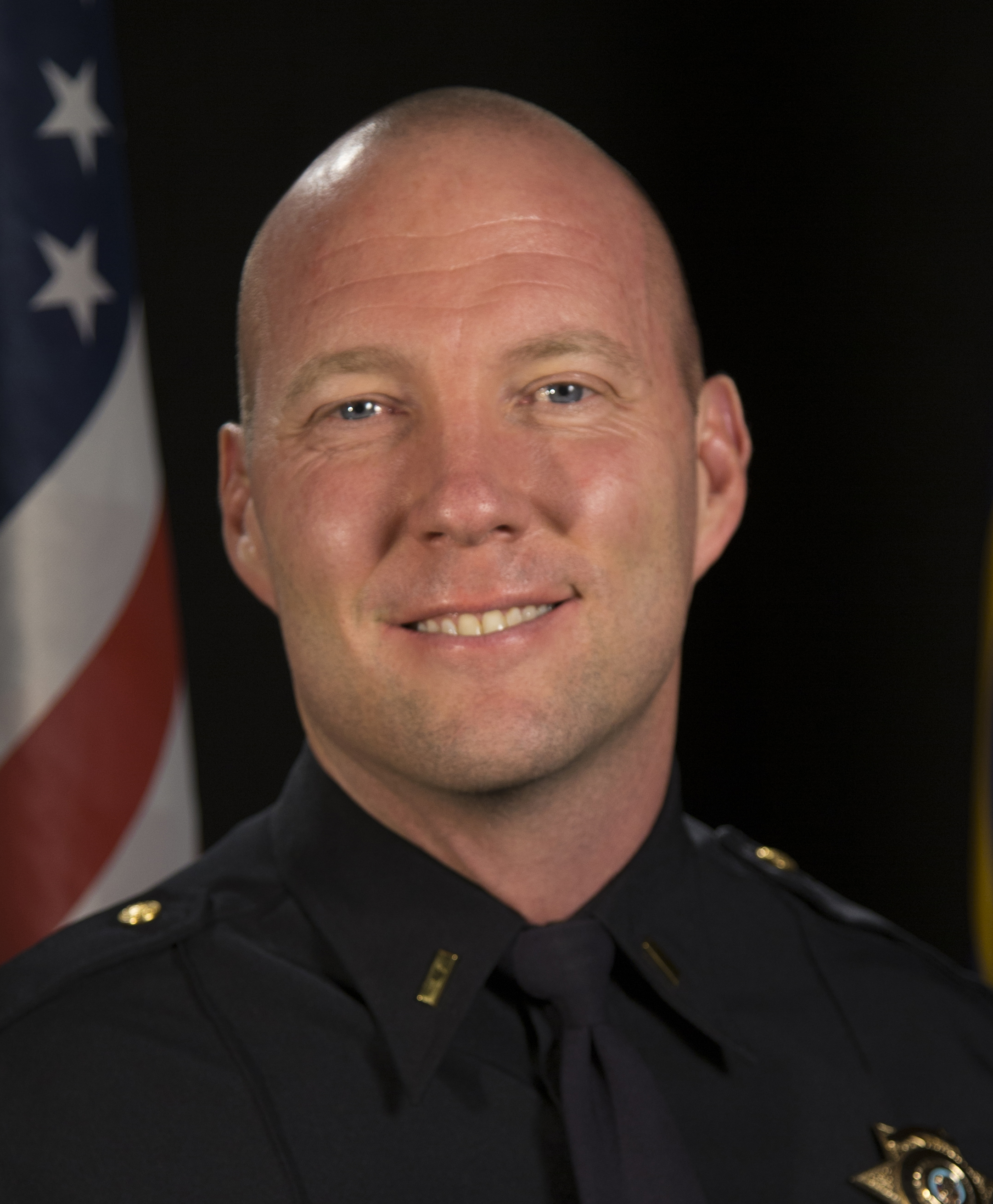 Lieutenant Brandon Post serves with the Provo, Utah, Police Department (PPD), where he supervises a dispatch center with 24 employees.  He is the commander of the Hostage Negotiations Team and has been the PPD Public Information Officer since 2012.

Lieutenant Post began his law enforcement career in 2000 as a communications training officer for new dispatchers in the Emergency Medical and Police Dispatch Unit.  As a police officer, he became a firearms and defensive tactics instructor.  Lieutenant Post became a member of the SWAT Team in 2005; initially, he was the squad leader, and then he became a marksman/observer and team leader.  Lieutenant Post is fluent in Spanish (speaking, reading, and writing).  He earned his bachelor of arts degree in political science from Brigham Young University in Provo, Utah, and his associate’s degree in criminal justice from Ricks College in Rexburg, Idaho.  Lieutenant Post is a graduate of the 273rd Session of the Federal Bureau of Investigation National Academy.

How Healthy Are You?

This poster reminds officers that physical and mental health matters for safety and resilience. 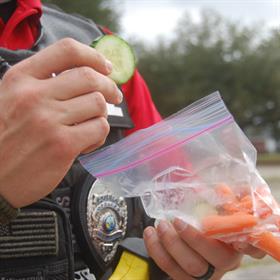 In this episode of the VALOR Voices podcast, Captain Brian Nanavaty of the Indianapolis, Indiana, Metropolitan Police...

This training key provides additional information on how to reach optimum levels of health and wellness through diet and... 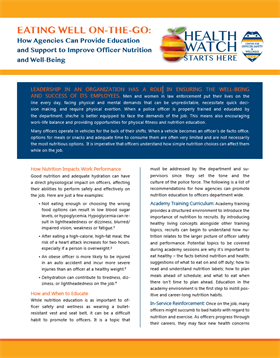 This information sheet highlights the importance of nutrition for law enforcement officers and offers different ways to... 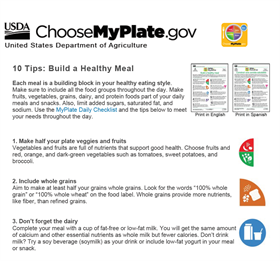 This poster provides ten tips for building a healthy meal.

Your Session Is Expiring

Your VALOR session will expire in 60 seconds. If you are still working in VALOR, please press the Continue button to extend your session.